Between Peñiscola and Alcossebre, la Serra D’ Irta _ the coastline in its most natural form. 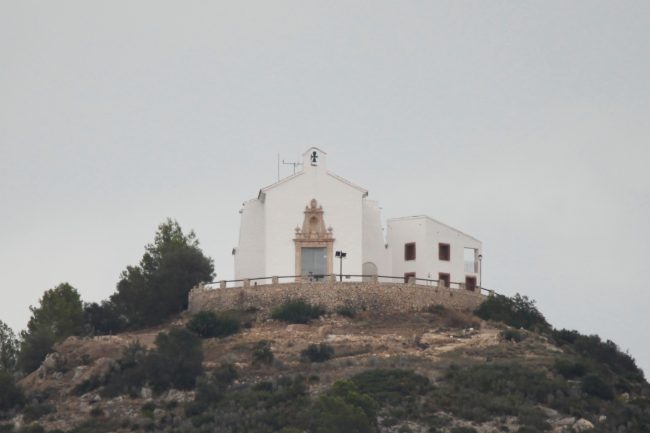 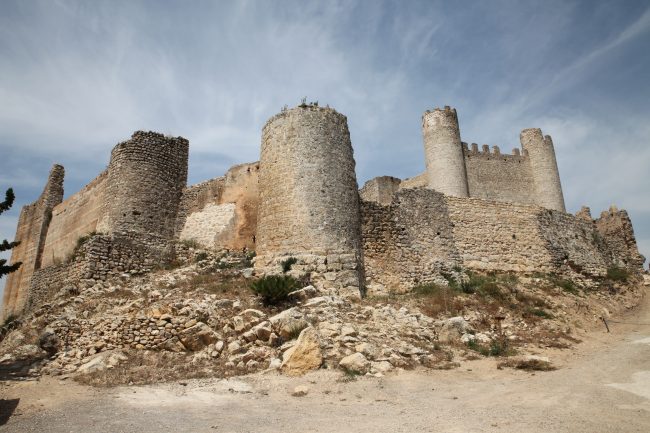 The coastal plain situated between Alcossebre and Peñiscola, known as the Serra D’ Irta, is the longest non urbanized section of coastline on the Spanish Mediterranean, stretching for fourteen kilometers. A pleasure to the eyes and to the spirit , it is a protected area since being declared a natural park ( an area of outstanding natural beauty ) in 2002.

The Natural park accommodates various routes for both hiking and cycling, which, together with the attraction of being a mountain zone close to the sea, makes this a popular area with both hikers and fans of BTT.

Mans presence in the area has been largely limited to the traditional  labour crafts such as the dry stone walls marking the terraces and the old work men’s houses; and for defensive purposes as demonstrated by the structures of the Badum and Ebri Towers and the Castles of Xivert and Polpis. There are also some religious buildings; Santa Lucía near Alcossebre ( an exclusive balcony overlooking the Mediterranean ) and Sant Antoni in Peñiscola.

The many cosy and discreet coves promote enjoyment of the sea in all its grandeur…perfect for sunbathing or snorkeling. It is also possible to get to know the entire coastline by joining one of the excursions organized by specialist companies located in the Ports of both Alcossebre and Peñiscola.

The Serra D’Irta is a paradise of exceptional quality for migrant birds and birds of prey, whilst Andouin seagulls can be found amongst the cliffs. A wealth of wildlife can be found in this landscape, including many endemic varieties of flora.

The most notable flora of the protected zone is the Palm   ( CHAMAEROPS HUMILIS) , the only native species of palm in Europe, which constitutes the first line of vegetation between sea and land. This species can be found in other unspoilt areas close to the sea but it is abundant in the Serra D’ Irta.

The tree most commonly seen is the white pine, which has overtaken the CARRASCA, which also has  a strong presence in the area. There are also LENTISCO and COSCOJA. 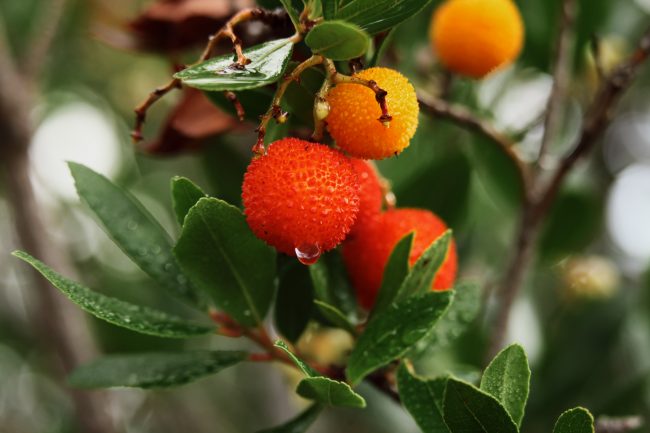 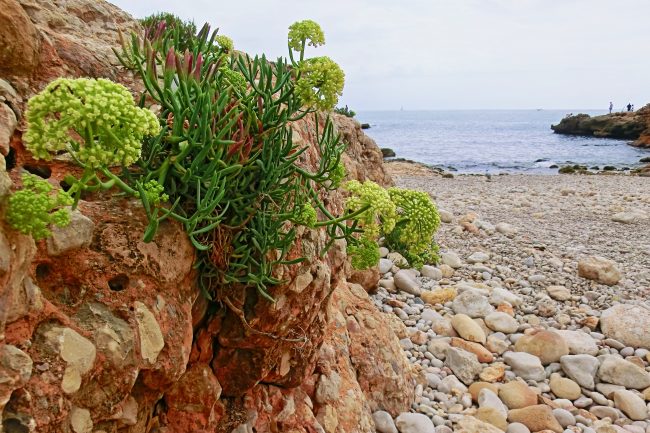 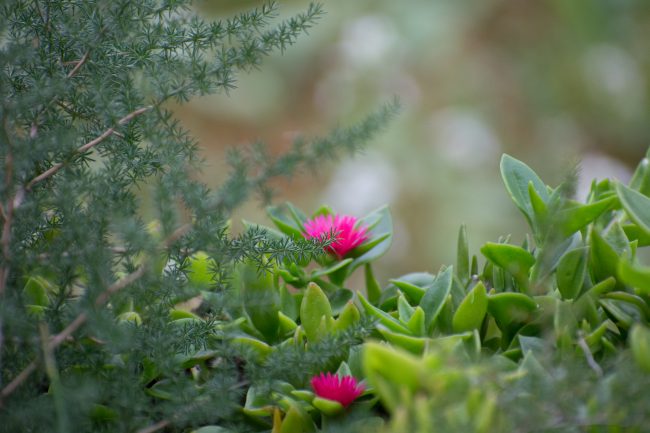 It is unusual to find an OLMEDA together with some CHOPOS in the inner areas but this is made possible by the convergence of two ravines .

In the coastal zone, the vegetation is  dominated by LENTISCO, Black Hawthorne , other perennial shrubs and small leaved ESCLEROFILOS.  There are several micro colonies in the area which are of great scientific interest. One is located in the Cala Argilaga, where RELOJILLO ( ERODIUM SANGUICHRISTI) grows. Another is situated in the cliffs of the Torre Badum and is the only place where SALADILLA ( LIMONIUM PERPLEXUM) flourishes. This is an endangered species although hopes have been raised after some were transferred and planted in other areas close by and survived the first flowering.

Another type of SALADILLA ( LIMONIUM IRTAENSIS) is endemic to the Serra D’ Irta.

The small coves lining the coastline between Alcossebre and Peñiscoladeserve special mention as they allow for the enjoyment of beaches in their natural form, which is very rare along the coast of the Valencian Community.  These coves, with their boulders, hidden paradises between cliffs, imbuing a spirit of new experiences and adventure make the enjoyment of the sea in the Serra D’ Irta a unique pleasure.

The conservation team of the natural park Serra D’ Irta regularly organize trips to discover certain determined features of the environment. For more information about the park and activities go to Www,parquenaturales.gva.es or drop in at the Interpretation centre in Peñiscola. 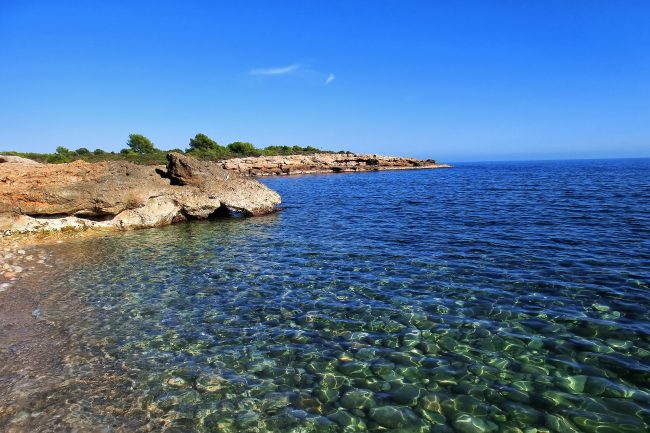 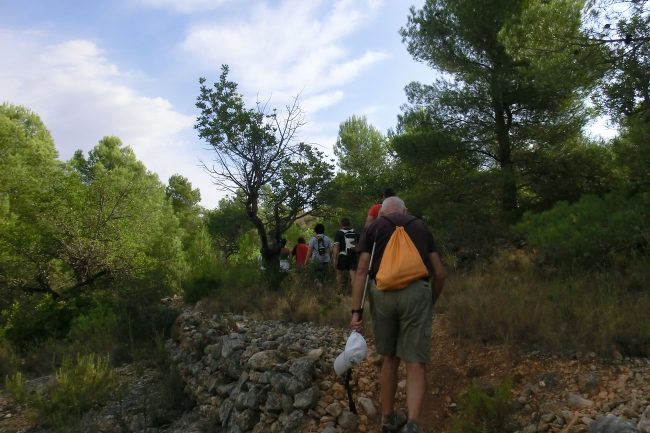 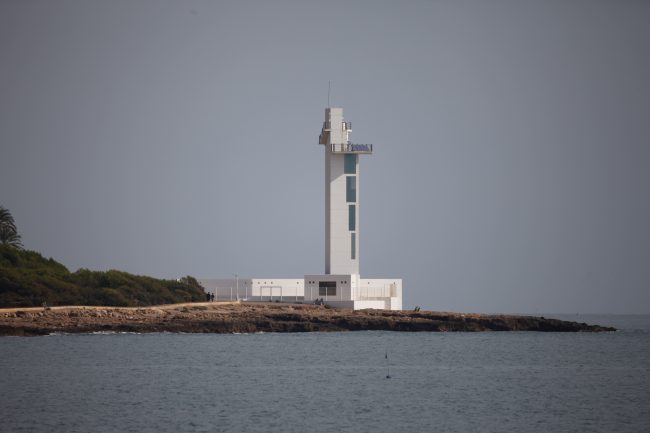 Fauna: Migratory birds and, in the cliff area, Audouin’s Gull