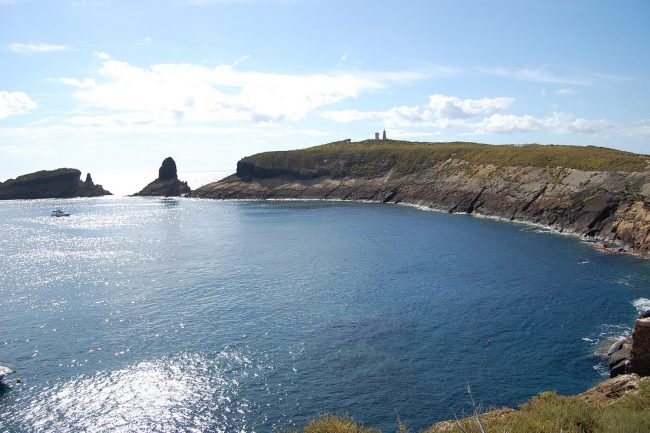 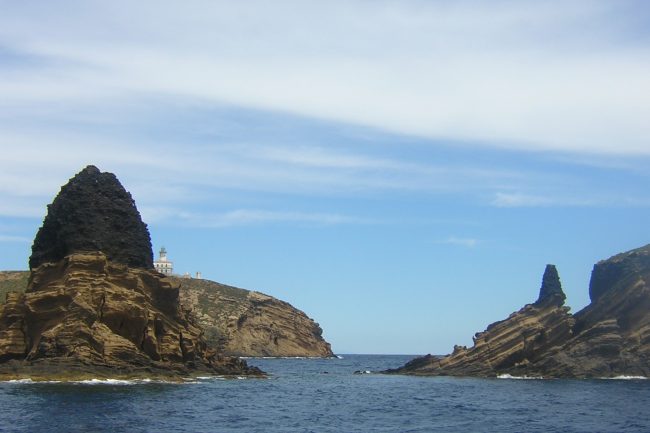 In Roman times it was a land infested by reptiles, later, a refuge of pirates, a place of work and home to lighthouse keepers at a time when that was considered to be a heroic profession, a paradise for flora and fauna which was threatened by the Spanish navy using it for shooting practice and, finally, a nature and maritime reserve. Such is the varied and random history of the Columbretes Islands, the only archipelago in the province of Castellon.

The Columbretes consist of four groups of islands of volcanic origin- some of which are barely more than a large rock _ which total 0.19 kms squared  of above sea level surface. It is one of the wildest and most spectacular landscapes to be found on the Spanish Mediterranean coast. The closest ports to the Columbretes are those of Castellon, Oropesa and Alcossebre and the traveling time is between 2 and 3 hours depending on the type of boat and the point of departure.

The Columbretes had no permanent population (despite being a refuge for pirates) until the 19th century when the lighthouse was constructed (between 1856 and 1860) on the highest point of the Illa Grossa (61 meters). The small cemetery on the island bears testimony to the isolated existence of the lighthouse keepers and their families.

The constant human occupation was interrupted by the automisation of the lighthouse and resumed when the archipelago was declared a Nature and Maritime reserve at which time a permanent guard was employed.

Today it is possible to visit the Columbretes by boat and it is advisable to do so through one of the companies which specialize in such visits and which are in possession of the necessary permits needed to visit the Illa Grossa as Barracuda from Alcossebre and to practice regulated activities such as diving and snorkeling.

The Columbretes are a refuge for rare species and, sometimes, subspecies exclusively endemic to the archipelago. The Columbrete Lizard is an outstanding example of local wildlife. Birds such as the Eleonor Hawk, the Moñudo Cormorant, the Cinderella Shear and the Audoin Seagull find a congenial home in the islands.

It is unfriendly territory for plant life , generally speaking, but some species do thrive…most notably, Alfafa Arbórea, Zanahoria Marina, Lentisk and Samphire.

The seabed , however, is home to great riches! Corals, lobsters, Mere, Barracudas, Eels, octopuses , Sargos , Seabass and myriad rock fish offer a magical scene in the depths of the sea.

You can see this for yourselves if you take advantage of the opportunity to swim in the waters of the archipelago which are an integral part of each excursion. Don’t miss this opportunity!

The seabed of the Columbretes Is home to great biodiversity. 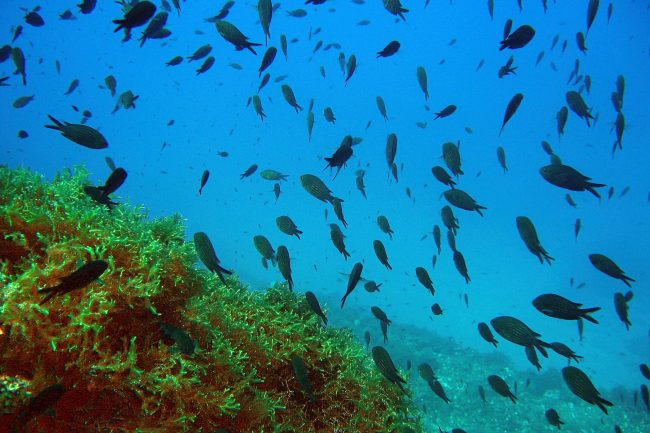 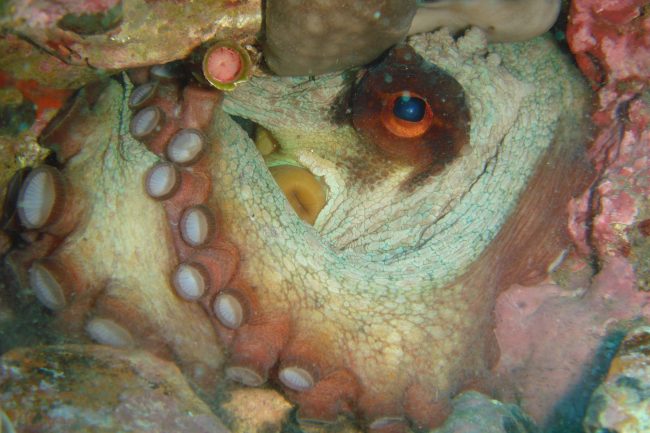 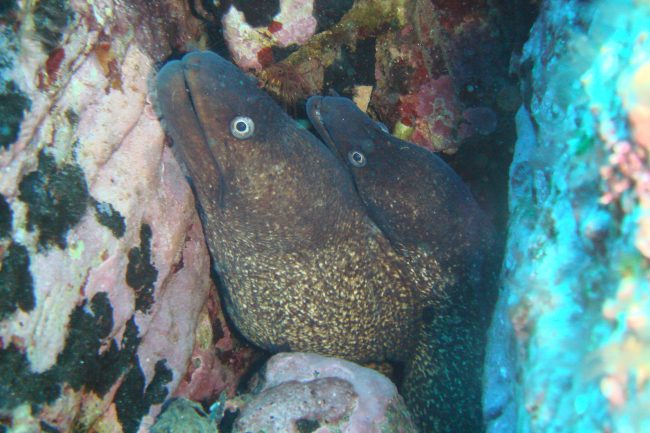