MORELLA, a taste of Authenticity. 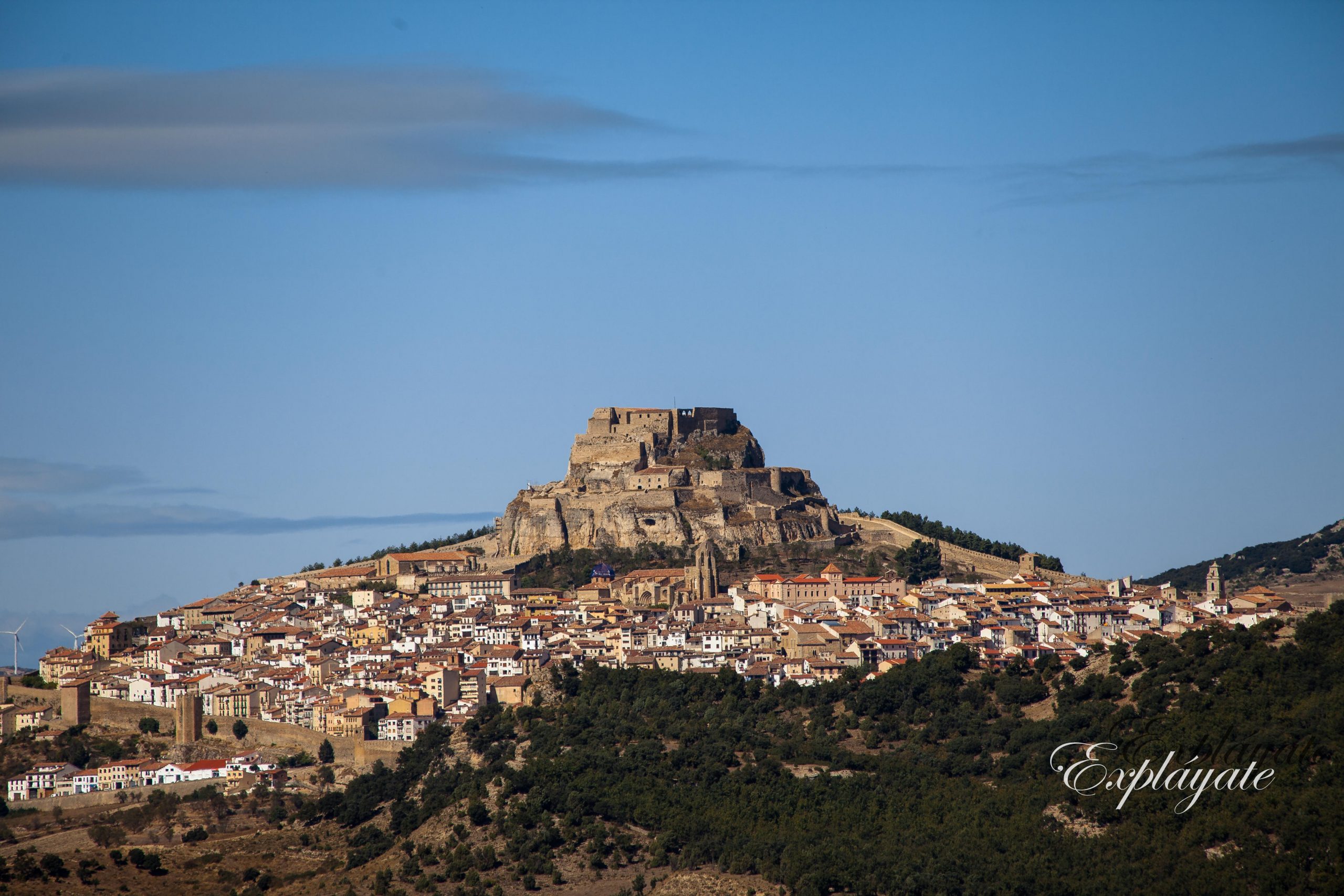 The impressive mountaintop silhouette of Morella is one of the most recognizable images of the Castellon Maestrazgo.

The capital of the region, Els Ports has always been a stronghold, desirable yet difficult to conquer due to the city walls, still well conserved today, and the unbreachable castle which presided over the town.

Morellos rich history can be seen in its impressive historical and artistic patrimony which consists partly of religious , public and privately owned buildings. However, part of the legacy is not human; Morella was a land…and in the even further distant past, the sea, ….of dinosaurs. The area has many examples of this in the form of deposits, fossils etc. There is one species named after the city itself. The museum dedicated to the dinosaurs is one of the most popular attractions of Morella.

Another local attraction is the church, a gothic jewel of the ancient crown of Aragon, characterized by its huge double doorway, it’s organ, and the flight of steps up to the entrance, not to mention the artistic treasures which have been accumulated and housed there over the centuries.

Other notable buildings are the Town Hall ( xiv century), the old council headquarters, the courthouse , the prison and, above all, the old San Franciscan convent. There is also the imposing castle with its governors palace which is built into a cave. Every one of these buildings bear witness to a varied history full of serges and heroic defenses of the city. From the Middle Ages to the nineteenth century Carlist Wars, Morella was a bastion coveted by all sides.

The remnants of this history can be found in the various museums, some of which are housed in the towers of the city walls, which can also be traversed. In the San Miguel Towers, which was the principal entrance to the walled city, there is a permanent exhibition of popular games.

Morella is best discovered on foot, passing through the narrow streets and enjoying the authentic atmosphere .

Gastronomy in the area is substantial as befitting  a mountain zone of rigorous climate, and offers some real delights, such as the renowned Olla, lamb based dishes or desserts of Arabic inspiration. Tasting the typical FLAONS of Morella is essential…almond pastry filled with cottage cheese. If you have the chance, try the Morellan jerky or take home a jar of delicious local honey.

Another important aspect of Morella is its craft industry. In times gone by looms proliferated in the local houses, and, though they are now much fewer in number, it is still possible to see some in action making traditional Morella blankets characterized by their colorful horizontal pattern. Blankets, bedspreads, tablecloths, bags and knitwear can all be purchased in the small local shops.

The town fiestas deserve special mention. There are annual fiestas in honor of San Roque but once every six years the SEXENIO is celebrated, preceded the previous year by the ANUNCI, in honor of the virgin of Vallivana, the patron saint of Morella. Since it is unlikely that your visit will coincide with these very special fiestas, it is worth visiting  the Museum of the Sexenio which will give you a taste of the various components of the celebrations.

Some true jewels can be found in the towns surrounding areas such as the fourteenth century gothic style aqueduct, or the site of Morella de Vella. The Neolithic cave paintings to be found there, belong to Cave Art Levantino and ,as such, have been declared a heritage site. ( heritage of humanity).

In conclusion then, Morella is an essential place for visitors to experience…a wealthy town since prehistoric times which has managed to conserve its important artistic legacy and to create an attractive ambience thanks to its crafts, gastronomy and the majestic views offered by the surrounding countryside.

The highlights of the local gastronomy are the lamb dishes and the confectionary of Arabic origin such as FLAONS, an almond pastry filled with cottage cheese.

The basilica, the town hall, the castle and the city walls with its towers are the most outstanding monuments of Morella. 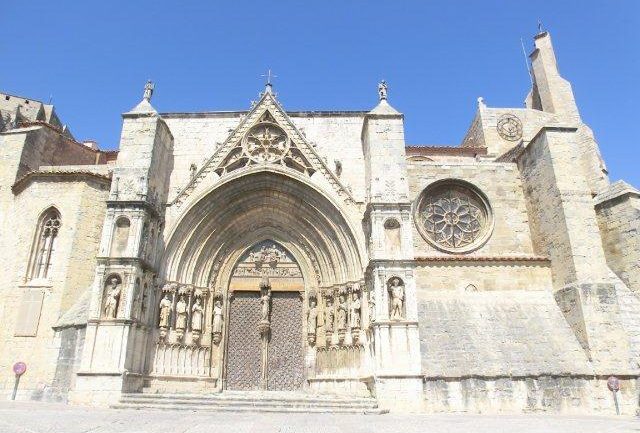 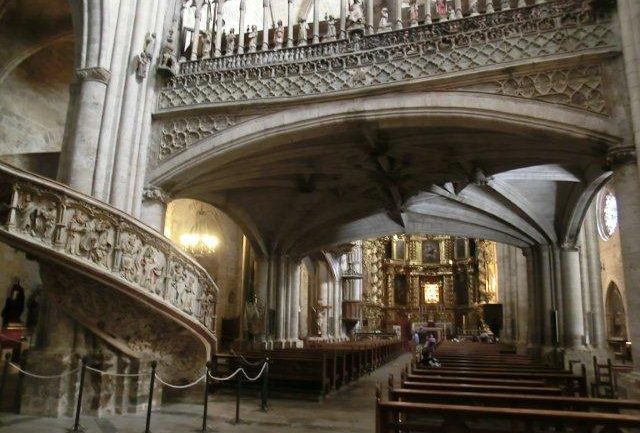 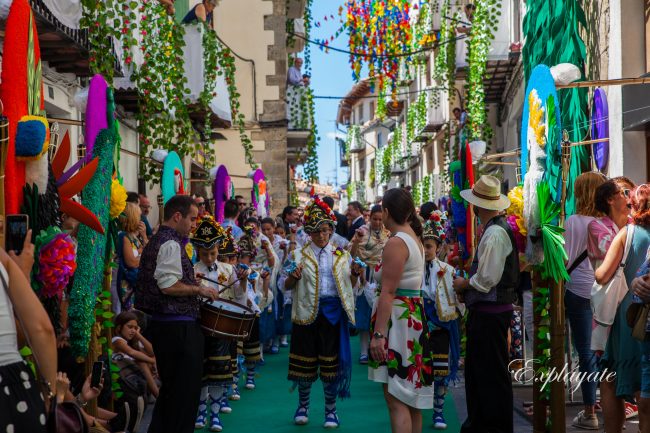 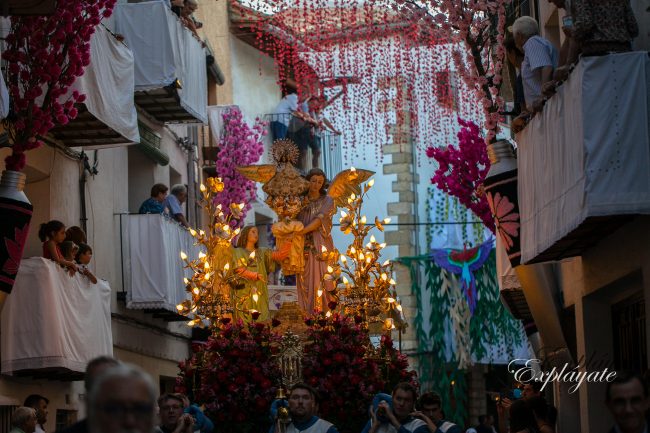