The Natural Park of La Albufera.

The paradise where paella was invented. 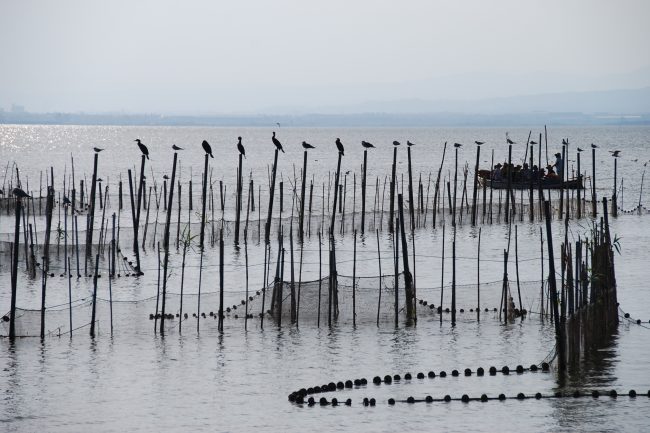 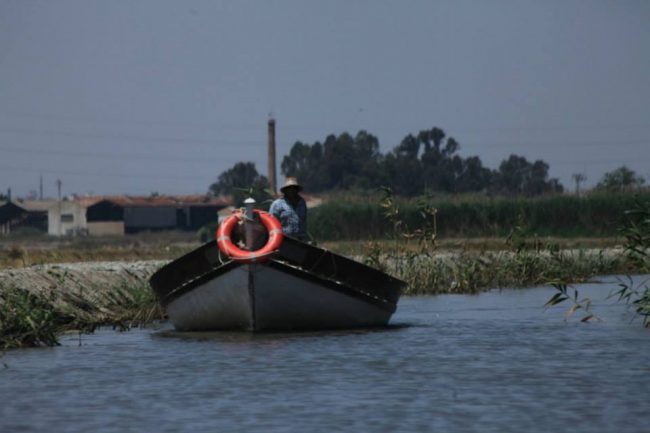 Spain’s third largest city, Valencia, is located little more than an hour from Alcossebre, and just ten kilometers from the city can be found a natural jewel much appreciated by both residents and tourists alike; the Natural Park of La Albufera.

The lungs of the city and recreation space of the Valencians, it is precisely its proximity to Valencia which presents this protected nature reserve with one of its biggest challenges. The urban pressure, high capacity communication routes and the contamination caused by all human activity are the biggest problems.

Nevertheless, La Albufera, designated a natural park since 1986 and consisting of 21,120 hectares, has managed to withstand these pressures well and is a big focus of attraction due to its richness of nature ( flora, fauna and three distinct habitats) its cultural value ( history of a lifestyle comprised of fishing and hunting) and its gastronomy; it is here that the Paella Valenciana was born. 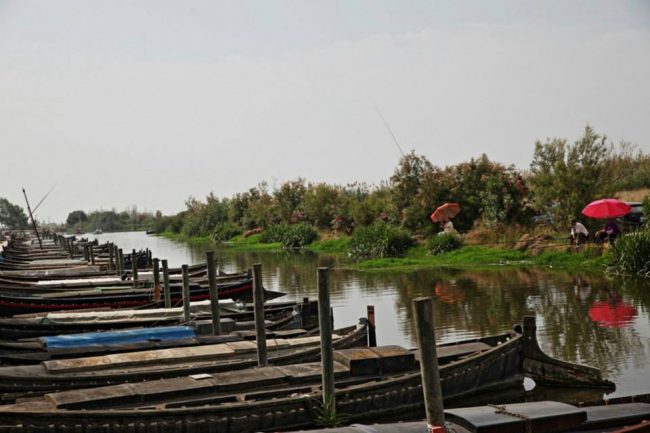 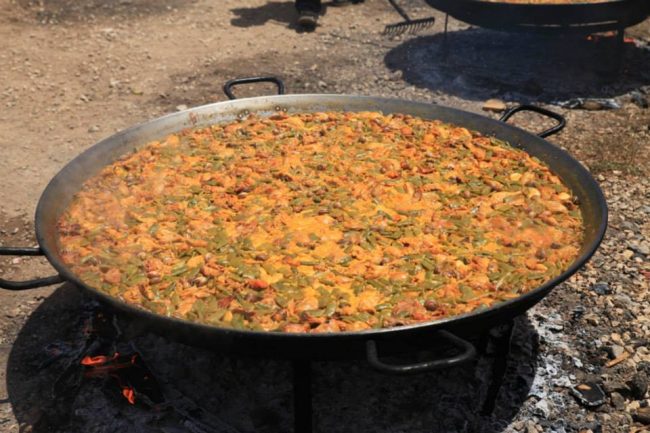 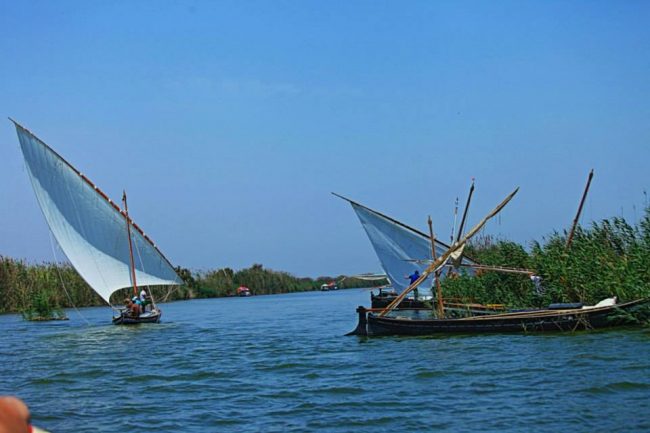 La Albufera came into being when a bay which existed between the mouths of the Rivers Turia ( in Valencia) and Júcar ( in Cullera) became isolated from the sea due to the conglomeration of sediment made by these channels. This process culminated during Roman times with the formation of a large ( much larger than it is today) saltwater lake which was definitively separated from the sea.

The area was designated La Albufera , meaning “ small sea” by the Arabs when they ruled Spain and hunting and fishing were the traditional forms of activity in the zone.

The introduction of the cultivation of rice was a decisive influence since it led to the substitution of salt water for fresh water ( provided by the aforementioned rivers) and the progressive reclamation of the Great Lake.

La Albufera is actually very shallow ( with a depth of between one and one and a half meters) and extends over 3000 hectares . It is characterized by small islands replete with lush vegetation ideal for the laying of eggs and the rearing  of chicks of different species of birds. The bird life is one of the main attractions of the park , which is the permanent home of some species and regularly visited by migratory birds. Water cocks, coots, flamingos, various types of heron, seagulls, terns, ducks and Plovers are just some of the species that can be seen in the area and there are many observation points at different places. 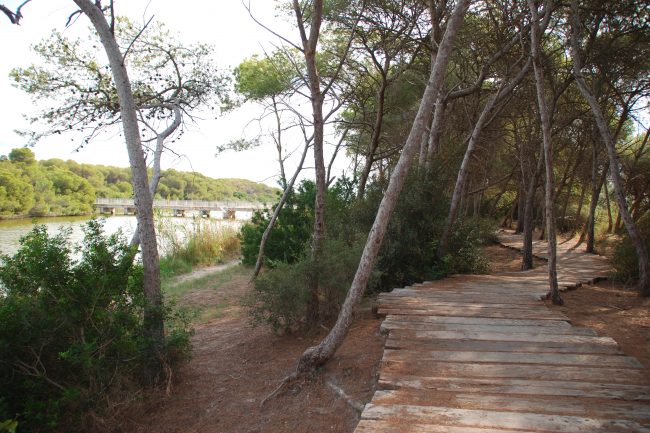 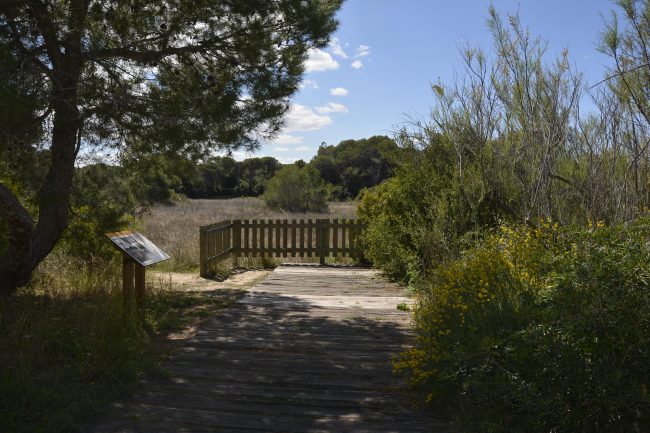 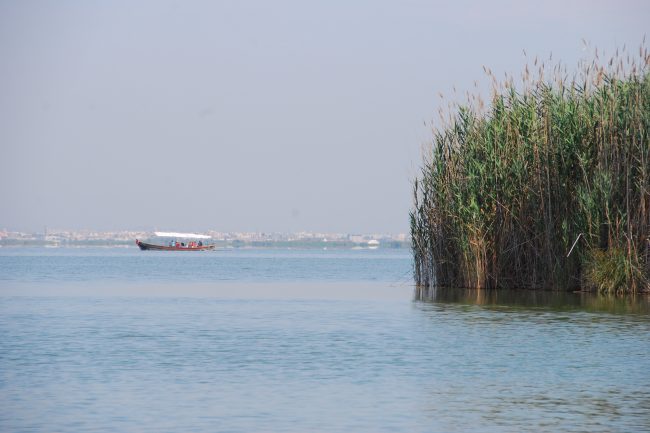 With reference to fish there are some species unique to La Albufera, such as the Fartet and the Samaruc , which were in grave danger of extinction in the not too far distant past.

An outstanding feature of the terrestrial fauna is the sizeable colony of Ginnets which are believed to have been introduced to the area as pets of the Moors.

The second habitat of the park consists of the paddy fields which surround the lake. These fields, on land reclaimed form the sea over centuries, play an important role in feeding the fauna and also in the visual aspect and color of the zone due to the frequent flooding to which they are submitted at various times of the year.

The paddy fields provide a large part of the fresh water in the lake, the level of which is regulated by three artificial exits to the sea., known as Golas.

The third habitat of the nature reserve is constituted by the coastal cord which separates the lake from the sea and the beaches. The ground, which is mainly comprised of sand and the remains of vegetation determines which species can grow there but this has not prevented its being a zone rich in leafy vegetation dominated by the Mediterranean pine, vines, palmitos and some species of shrubs that can easily dwarf a human. 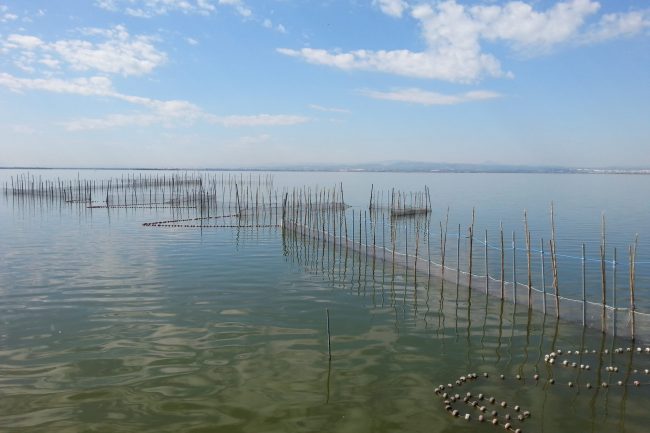 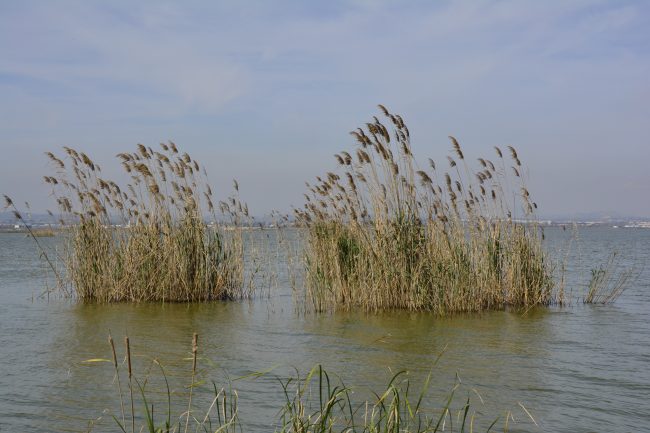 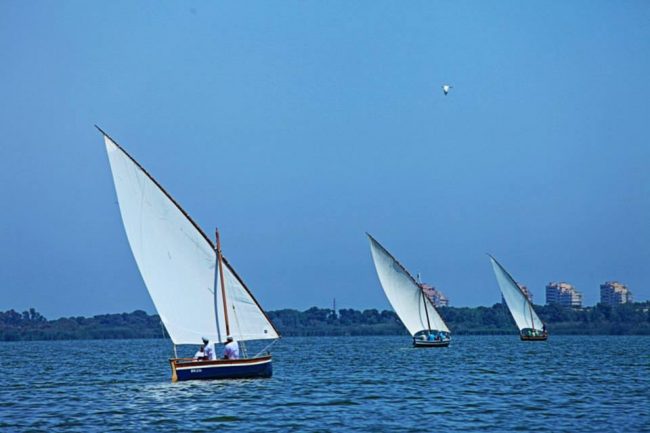 This habitat is known as La Devera and includes successive bands of dunes where vegetation unique to The beaches grows and which contain species which are resistant to the saltiness of their environment.

The natural park of La Albufera extends into thirteen municipalities and all the tourist offices offer information about activities in the area ( birdwatching, boat trips, museums, interpretation centers etc) existing routes and places to enjoy the rich gastronomy of the area.