Valencia. Where the past and the future walk hand in hand. 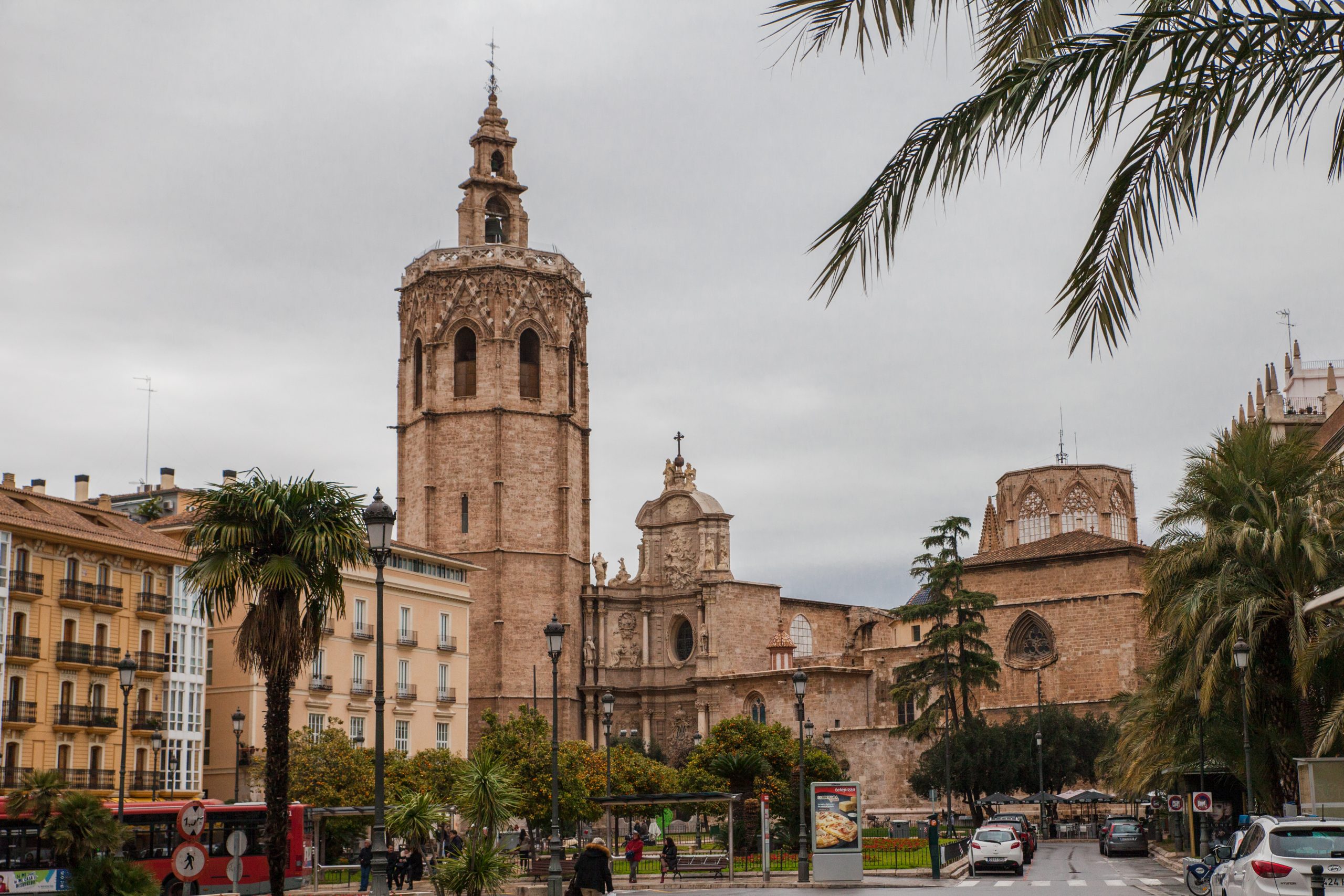 Just an hour and a half’s drive from Alcossebre is the third largest city in Spain, Valencia. Here we find a city that has conserved the legacy of its past in the form of a rich historic and artistic patrimony, whilst living the present day with a modern, cosmopolitan ambience, an interesting local gastronomy and a thriving commercial activity. What’s more, Valencia looks to the future, a clear example of this being the City of Arts and Sciences, a zone of culture and leisure of the 21st century.

Regardless of the reason for your visit, Valencia is always a great choice. In this Mediterranean city there is something for everyone.

In order to understand the modern city of Valencia, it is necessary to know a little of its background history. It’s temperate climate and closeness to the sea meant that Valencia was already an important city during Roman times and traces of this are still visible today.

It was also the capital city during the Muslim Reigns and the culture left its imprints, both in the patrimony and in the organization of the territory.; including the very important irrigation system.

Nevertheless, the main historic and artistic patrimony of Valencia dates from the time of the Reconquista and later, since for centuries it was the most important port in the Spanish Mediterranean.

Inside the city walls can be found a succession of noteworthy buildings which bear testimony to a great history. One such is El Miguelete, the name by which the bell tower of the cathedral is known and the cathedral itself which houses a goblet which some claim to be be the chalice used in the last supper. The cathedral is situated on a site which has always been given to the cultural; the Roman temples dedicated to Jupiter and Diana were constructed there ( their columns can be admired in the nearby Museum of the Almoina) , afterwards it was the Visigothic cathedral and later a mosque until , finally, the main structure of the present cathedral was built during the 13th and 14th centuries. As is often the case in this type of building, a variety of styles can be discerned; there are elements of Roman, French Gothic, Barroque and Neoclassical styles as well as the predominant Valencian Gothic.

Close to the cathedral is the Government Palace ( also of the gothic style) , the ancient palace of the Borja and a multitude of stately buildings ( the Palace of the Marques Dos Aguas, the base of the National Museum of ceramics and Suntuary Arts,) and popular structures such as the Plaza Redonda. 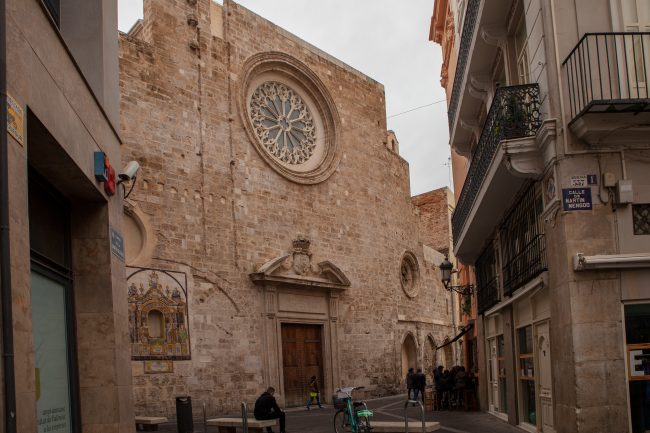 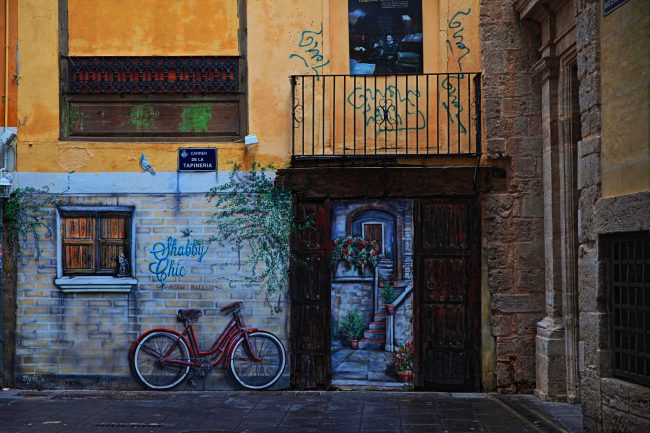 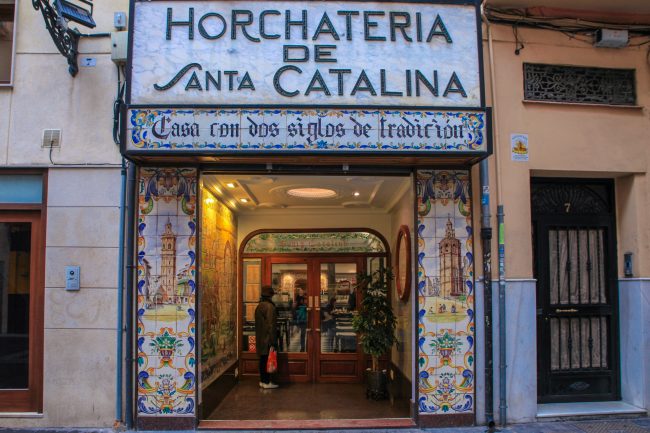 The Towers of Serrano ,which were the main entrance to the old walled city , are well  conserved and  give some idea of how strongly fortified the mediaeval city of Valencia was.

Also in the city centre, but dating from more modern times, we can find the townhall and the noteworthy Modernist examples of the market and the train station ( del Norte). Other highlights include the silk market ( or merchants market) and the Marine Consulate , a true jewel of the Civil Gothic style. This is comprised of three parts; the contract room with its Helicoidal columns, the Tower ( the old prison for bankrupt merchants) and the Marine Consulate.

Some years ago the City of Arts and Sciences was built. Taking advantage of the old riverbed of the River Turia ( now one of the largest urban parks in Europe) a harmonious complex rose up, consisting of the Prince Phillip science museum ( characterized by its interactive exhibits) the Palace of Music ( capable of housing spectacular concerts both classical and contemporary) l’ hemispheric ( the hemisphere) a futuristic 3 D cinema, the amazing Oceanographic which reproduces the habitats of the various oceans of the world and the multi function hall of l’ agora.

The latest arquitectural tendencies are on display here set amidst stunning natural spaces; these are represented by the Umbracle, an open air space which includes the Paseo del Arte and the Astronomy Garden where the visitor can walk between large statues and instruments which help him to better understand the science of the stars…..an activity which will appeal to all age groups.

When it comes to lunch time, there are a wide variety of options based on the Mediterranean diet with dishes using natural products from the land or the sea. The main component  is rice and , of course, the Valencian Paella. Since Valencia is a cosmopolitan city there are also many options to try international cuisine and, obviously, the universal fast food outlets.

Land of Saints and Popes, Valencia maintains its traditions partly through its festivals. The best known are Las Fallas( which culminate on March 19th), the week of Santa Marinera and Corpus Christi, with its famous rocks.

Another ancient tradition which continues and which is declared Patrimony of Humanity is the Tribunal de las Aguas ( water tribunal) which convenes every Thursday at noon at the Door of the Apostles in the cathedral to resolve conflicts between farmers. This is considered to be the oldest European institution dedicated to imparting justice.

From the temple of Jupiter, where today stands the cathedral, to the temple of art and leisure which is the City of Arts and Sciences.

The Tribunal de Las Aguas, the oldest institution in Europe dedicated to imparting justice, meets every Thursday at noon. 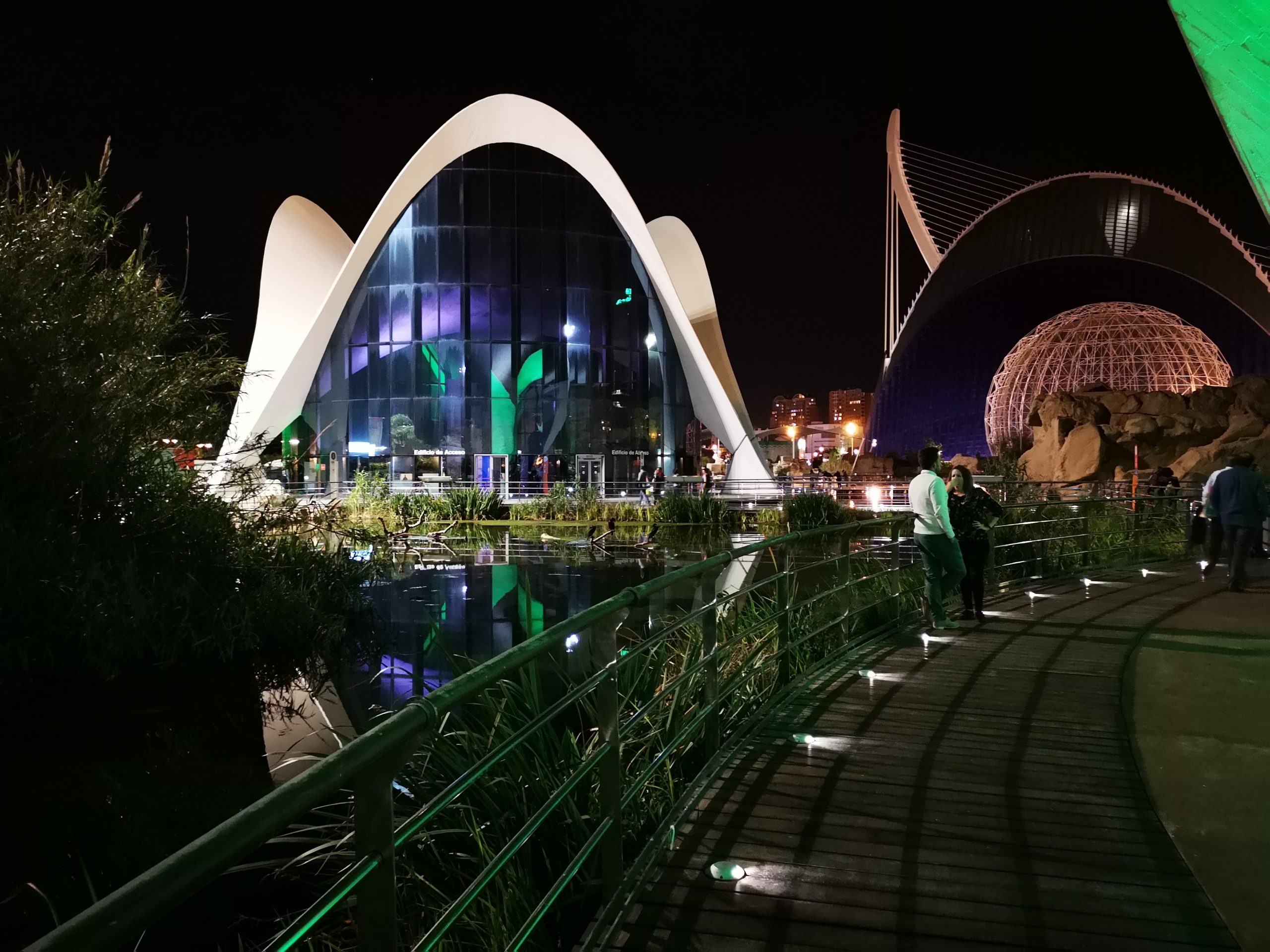