Vilafames, Where art and history walk hand in hand. 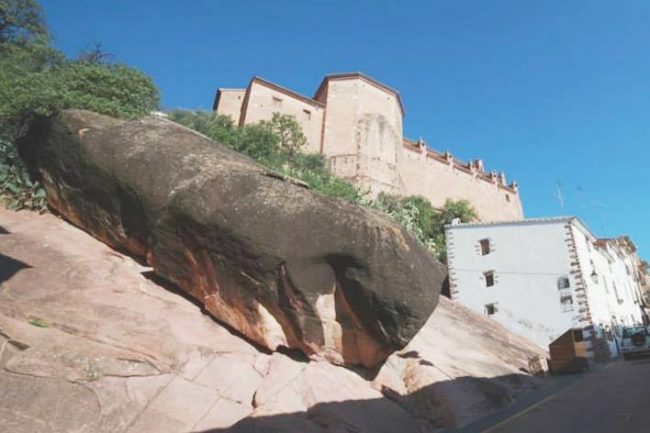 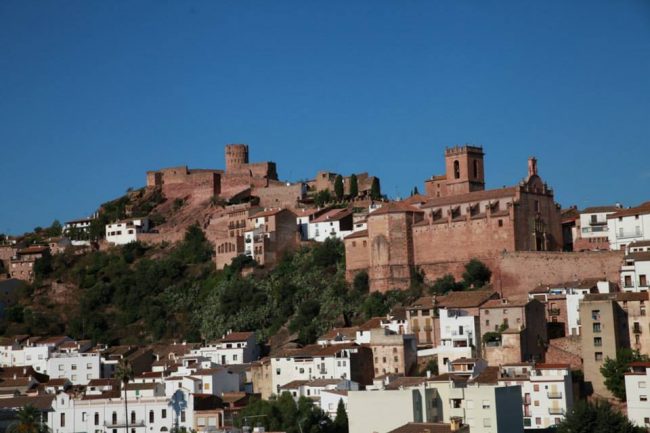 Vilafamés is a village of artists. It was such a village in prehistoric times, as attested to by the many cave paintings to be found in various forms, and it remains such a village today; many artists have their studios here and many more exhibit their work in the Contemporary Art Museum Vicente Aguilera Cerní   Which is located in the ancient Casa del Bayle, one of the many attractions on offer to visitors.

The modern day Vilafamés conserves it’s authentic air thanks to the steep, narrow streets, well cared for houses and the balconies where the Spring seems to last all year  round. From the upper reaches there are inspiring views of the provinces’ central plains so it’s hardly surprising that man has inhabited this territory for thousands of years. La Cova de Dalt de Tossal de la Font contains relics which are 80,000 years old. Other remains, such as the Cova de Matutano , prove a continuous occupation of the area. In the Abric del Castell there are schematic cave paintings from the Eneolithic era, while remains of the Iberian Era are scattered throughout the area. 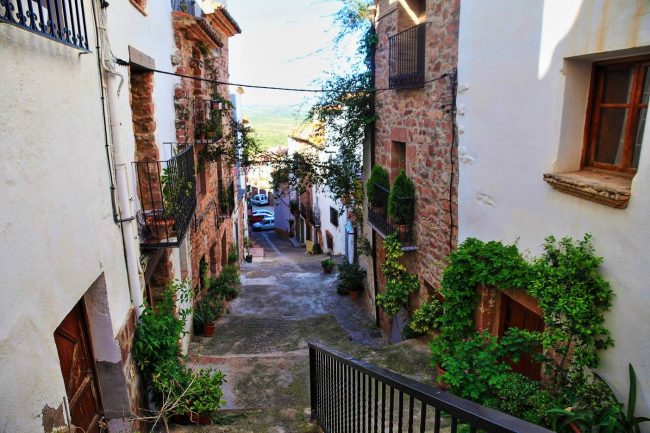 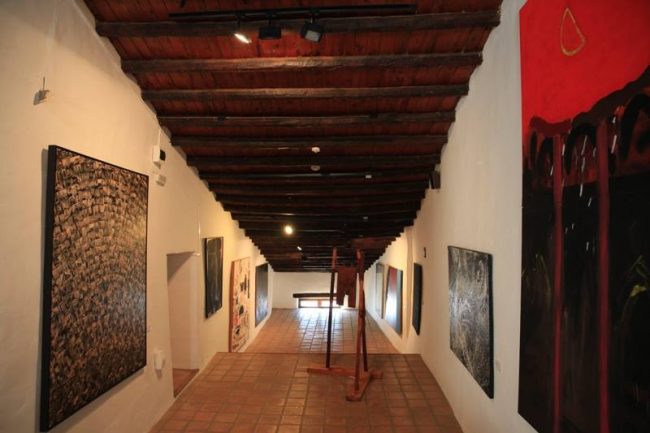 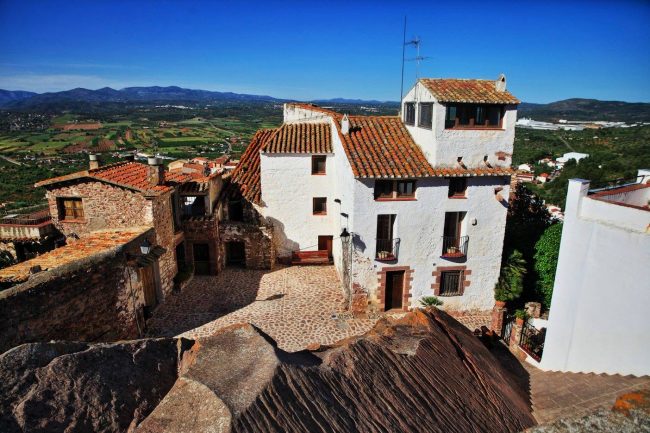 The castle, which is the dominating feature of the village, is of Moorish origin although it was completely renovated during the time that the Order of Montesa ruled Vilafamés and it took on its present aspect during the Carlist Wars. The castle boasts spectacular views of the interior plains which is particularly suitable for the cultivation of vines. In Vilafamés there are three vineyards, some of which offer guided tours and wine tasting. 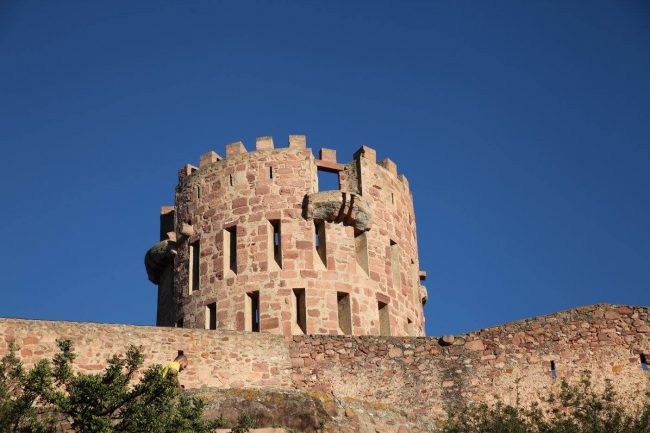 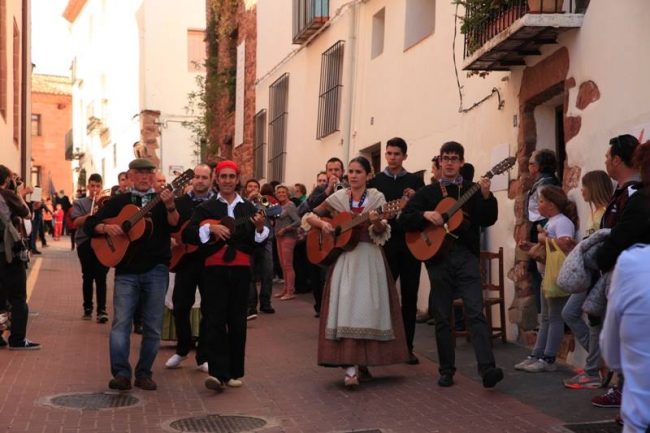 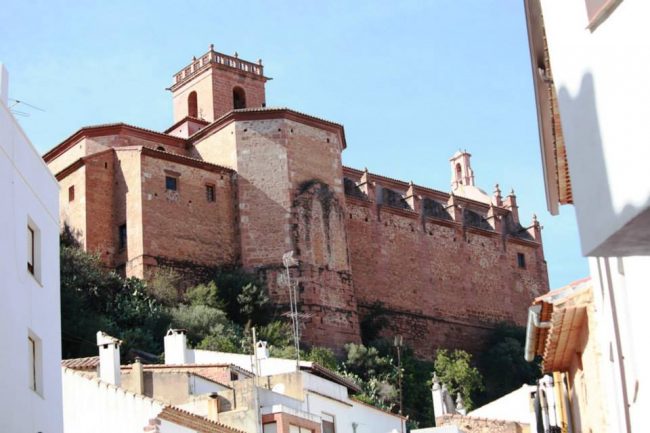 However the most important monument of Vilafamés owes its existence, not to the hand of man, but to a miracle of nature; an enormous rock balances on the side of a mountain at an angle of 34 degrees without falling. And that is no mean feat given that the Roca Grossa ( big rock) , as it is known, weighs more than 2000 tonnes.

Obviously this rock is the subject of legend; it is said that if you touch the rock and make three wishes, one of them will be granted, so be careful what you wish for…..

Another of the noteworthy buildings in Vilafamés is the church, dedicated to the Asunción. Construction commenced in the 16 th century , it was enlarged in the 18th century and the altar piece is from the 17 th  century.

In 2005 the history of Vilafamés was declared a Heritage of Cultural Interest and the fact that it belongs to the Association of the Prettiest Spanish Villages gives an idea of the attractions contained within the village.

The Roca Grossa ( big rock) weighs over 2000 tonnes and has remained balanced and immobile since the Noche de Los Tiempos ( night of the times)! 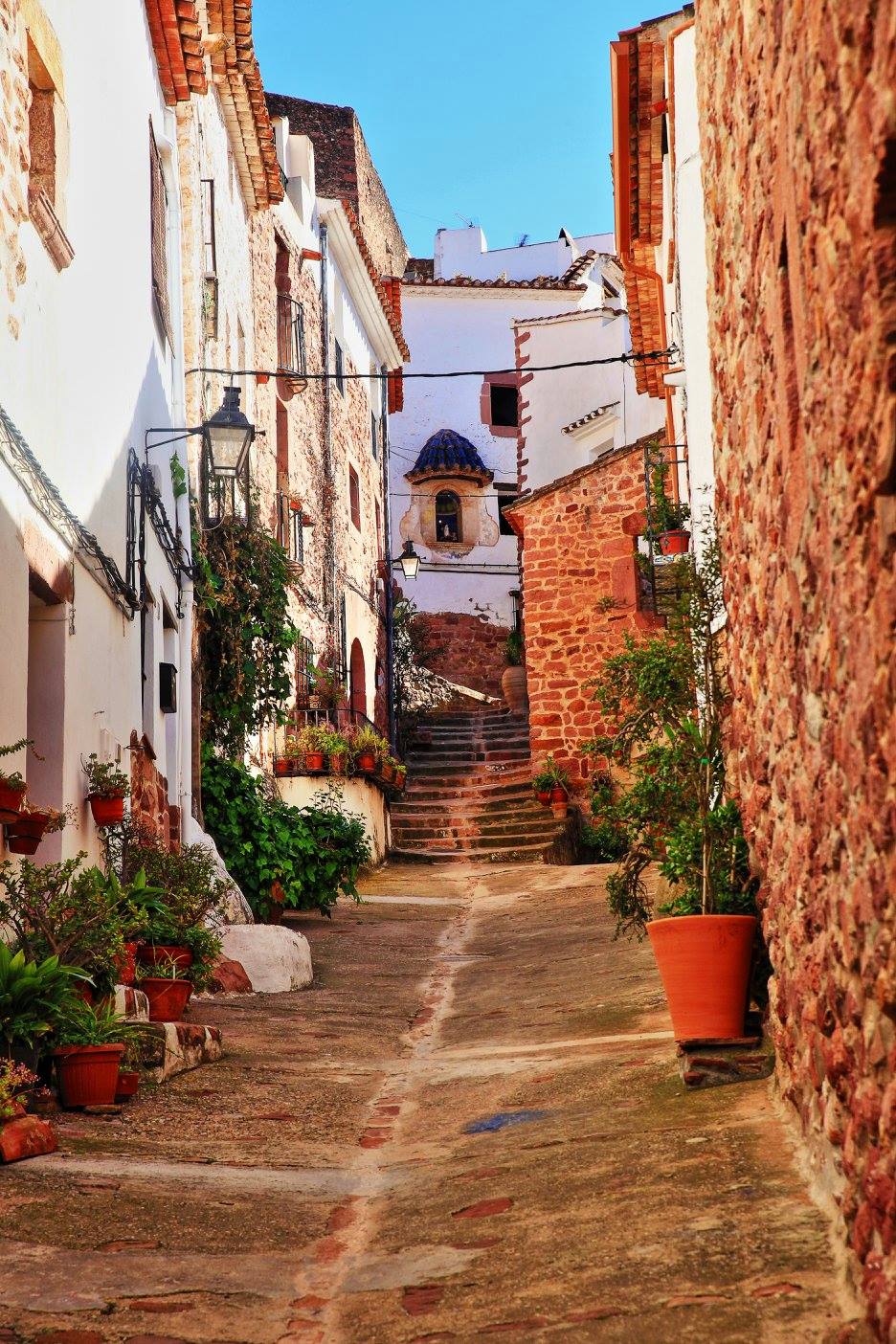 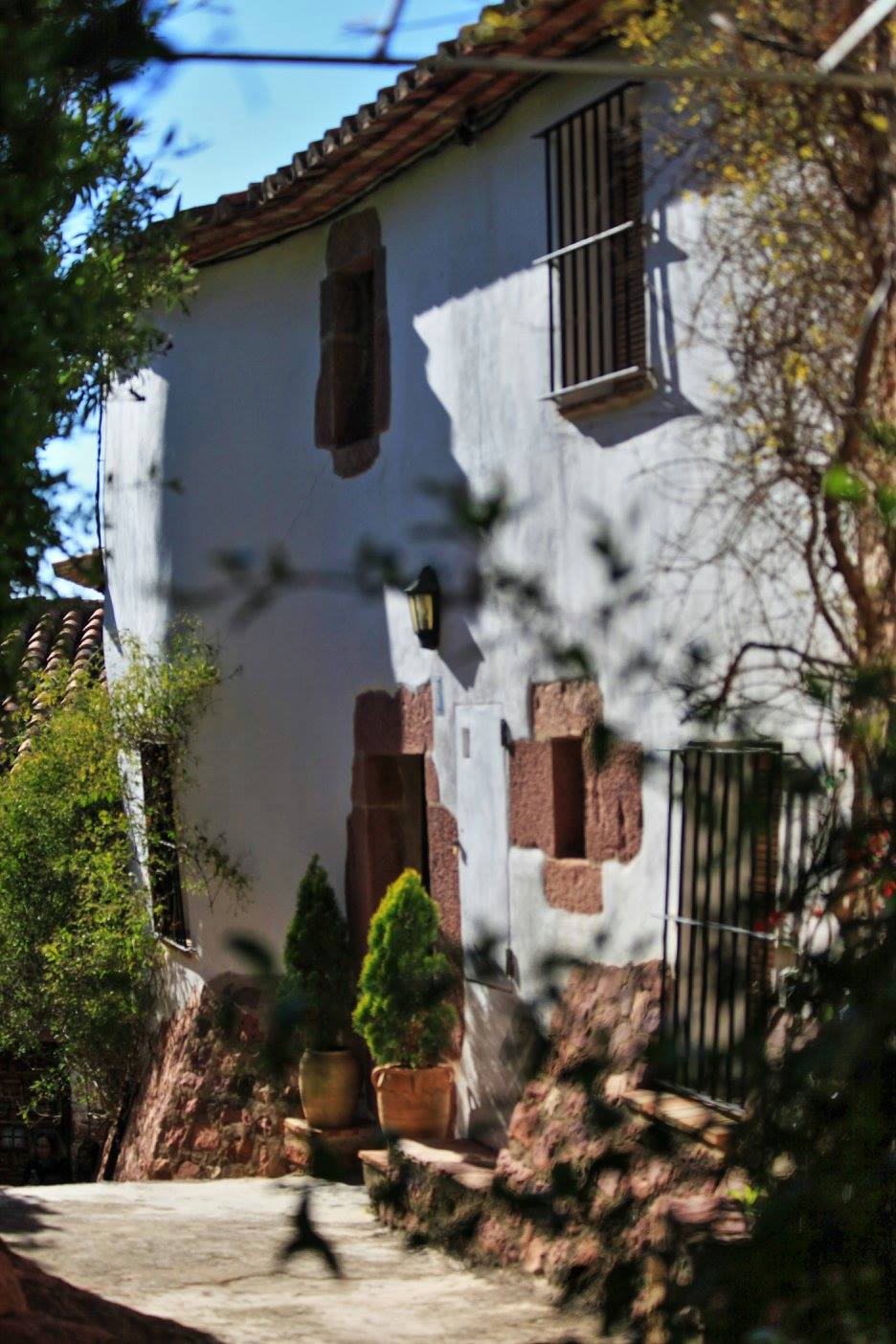 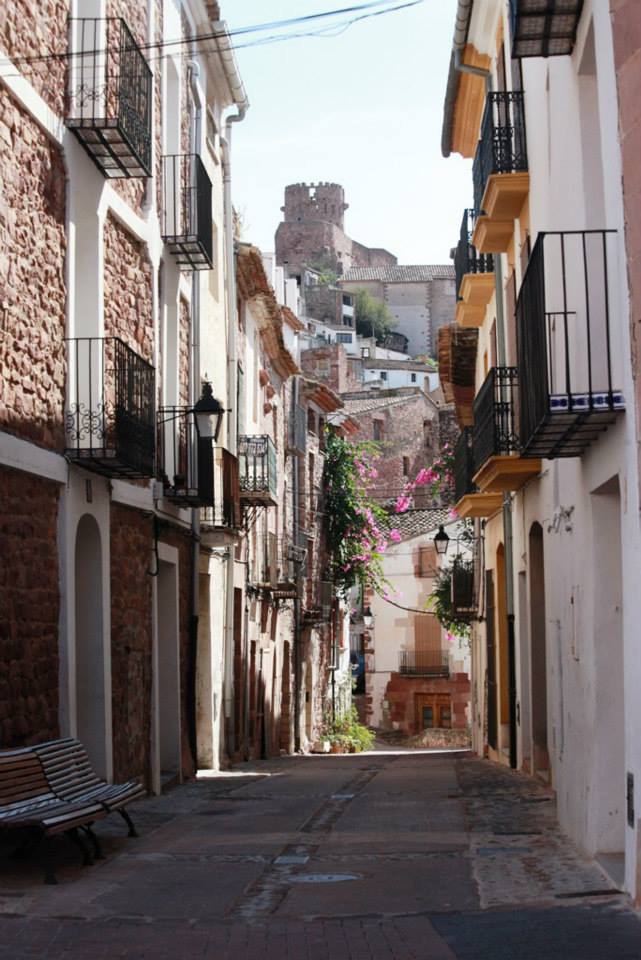 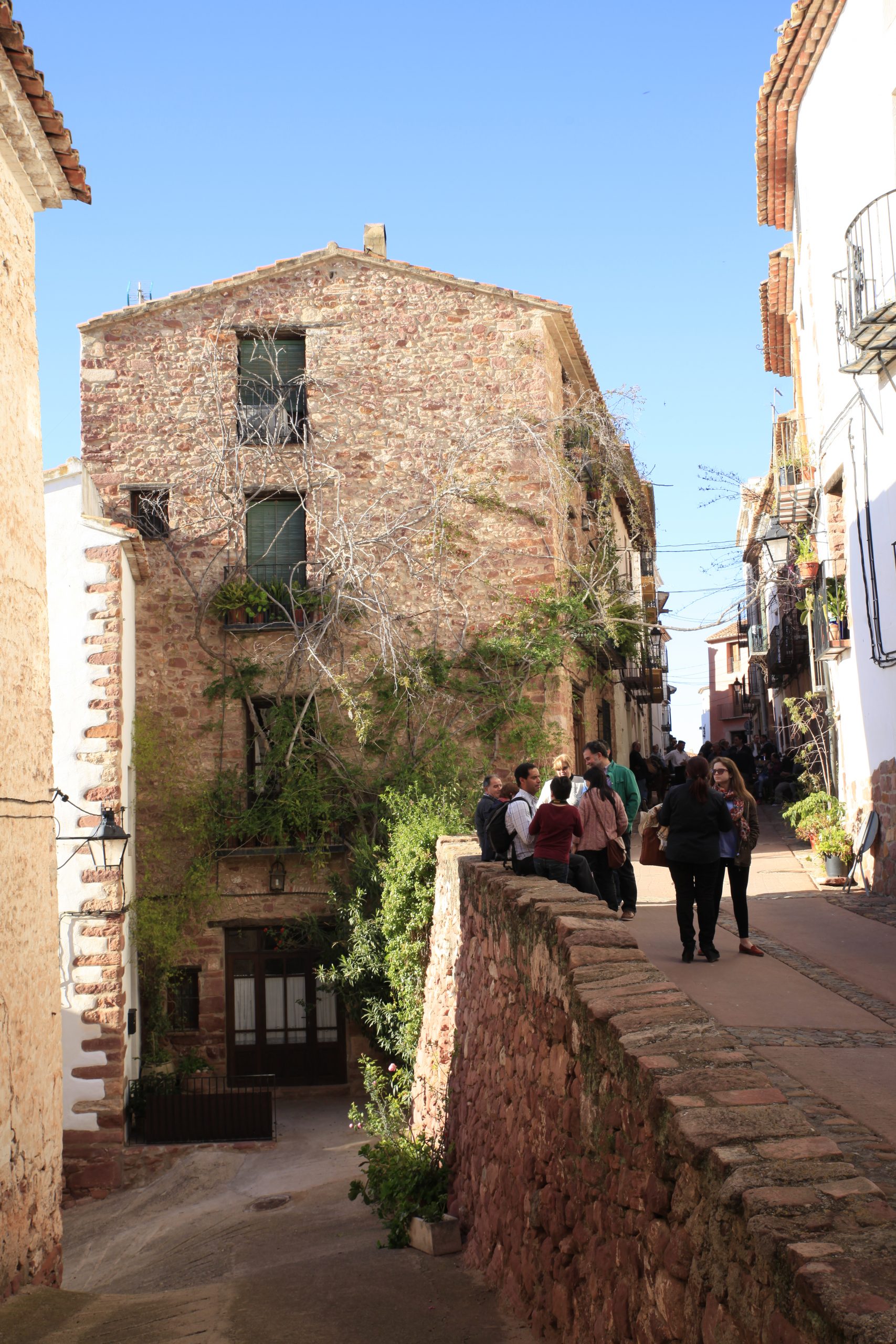