The Passion Plays…a production by an entire village. 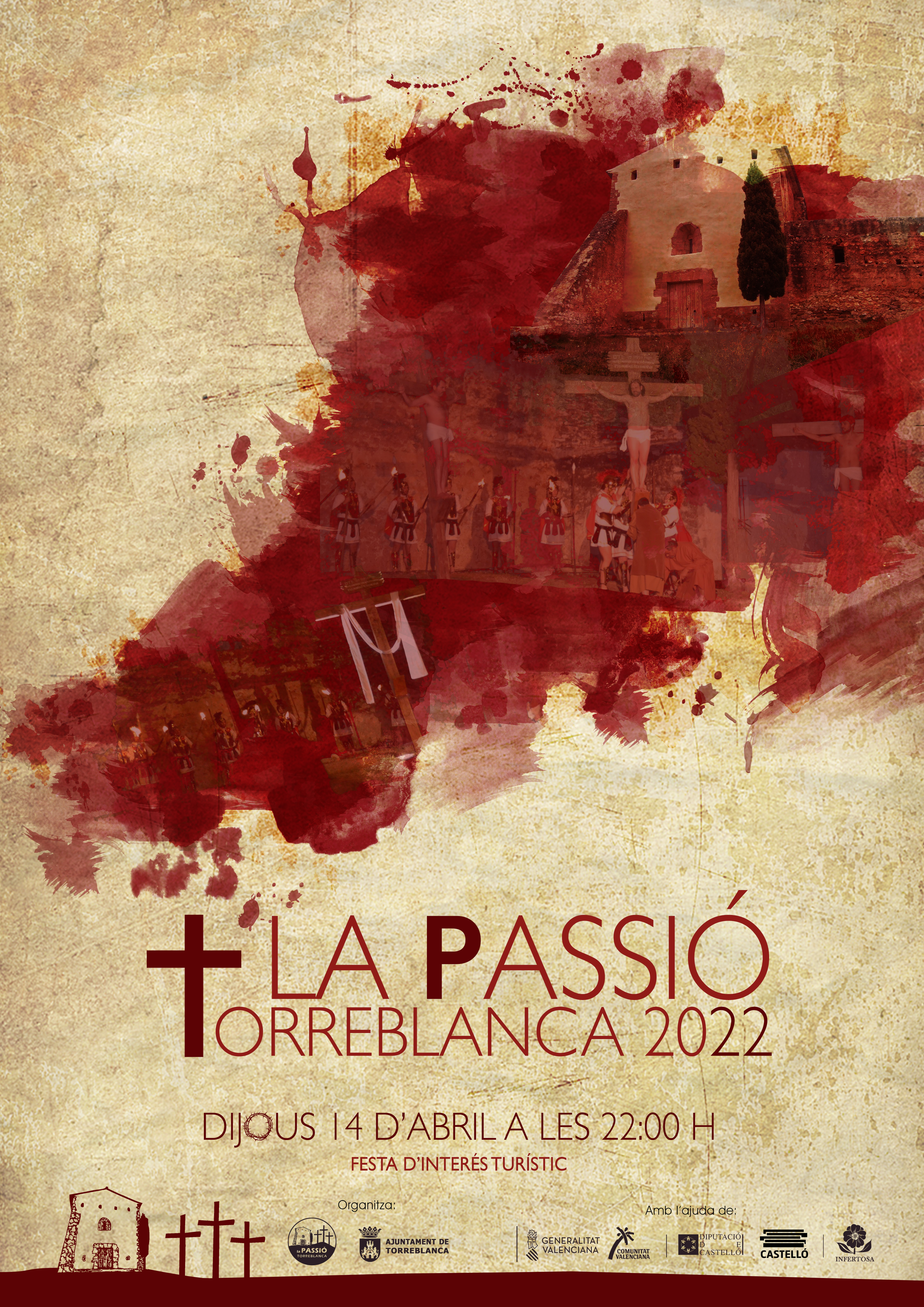 The Passion Plays…a production by an entire village.

For over forty years, the night of Maundy Thursday is one of the most eagerly anticipated dates of the year in the village of Torreblanca, as on this night they present the reenactment of the Passion of Jesus Christ, a project in which large sections of the inhabitants are involved. From actors- over one hundred – to local businesses who collaborate, private clubs and cultural associations, everyone adds their little bit to the whole. The town hall also provides both material and human resources to ensure that this event takes place each year.

It all began in 1978; Torreblanca has a long tradition in the theatrical arts dating from the early twentieth century and a group of youngsters who belonged to the local theatre club decided to stage the Passion of Jesus Christ as other villages were doing. 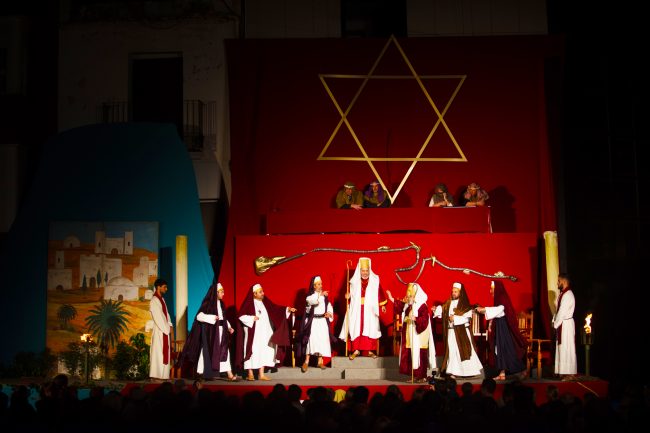 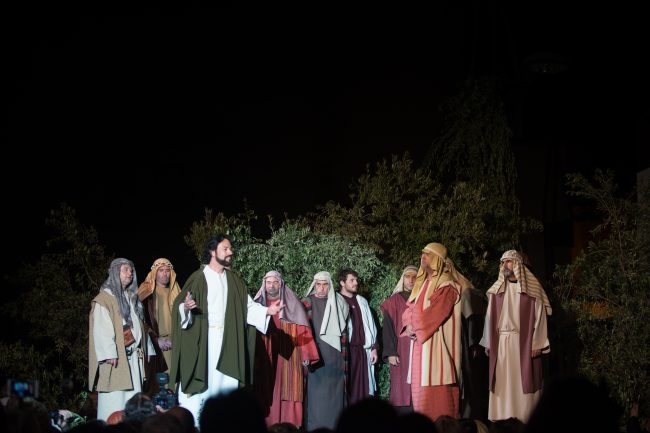 They found the perfect leader in Manuel Segura, who was the first actor to play Jesus Christ and who was, for many years, the soul of the project.

With much goodwill but few resources – the first sound system was hired from a pair of clowns for 25,000 pesetas – the first Passion took place on Maundy Thursday, April 12th 1978. 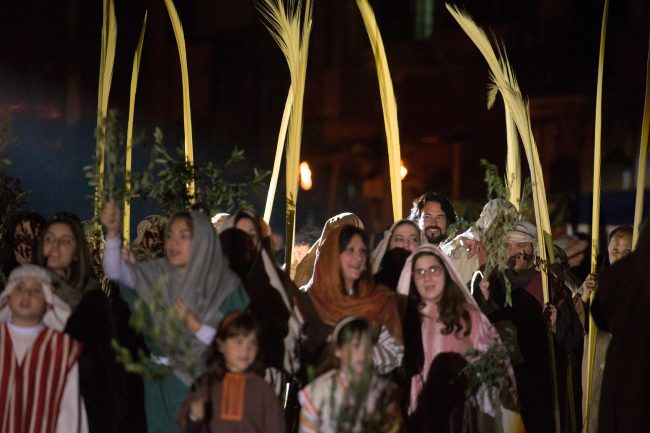 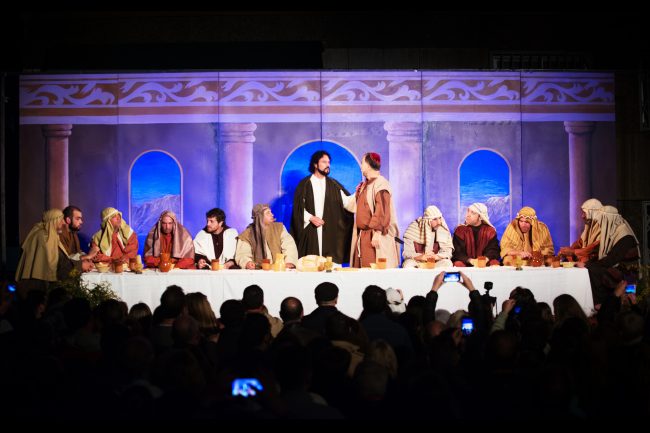 Since then much time has passed, much experience has been gained and technological and financial resources have grown and today the Passion is a great showcase which has lost none of its original essence.

The plays consist of seventeen scenes and last around two hours. The action takes place in the open air on various stages erected in and around the main square. Here can be seen the entrance of Jesus into Bethlehem, the meeting with Veronica and with Nicodemo, the annointment of Betenia, the first  meeting of the Sanhedrin , the last supper, the first civil case before Pilot, the appearance before Herod, the further intervention of Pilot, the flagellation and the pronouncing of the sentence of death on the crucifix. 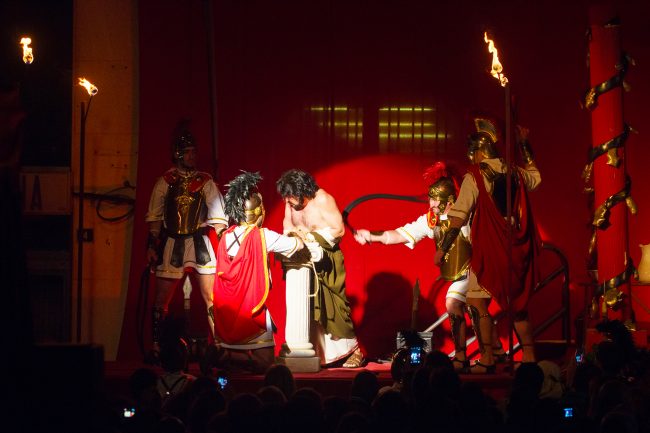 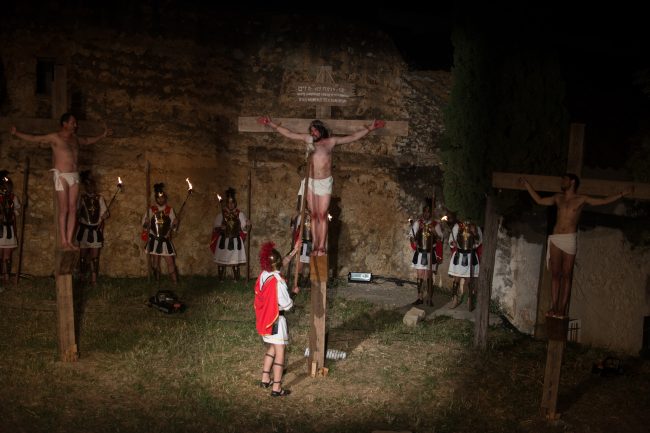 The cavalry is a focal point of the Passion and en route the most dramatic episodes are enacted such as the falls, the help of Veronica and of Cireneo, and the suicide of the repentant Judas. The passion ends with the suffering of Christ on the cross, the taking down of Jesus from the cross and his interment and subsequent resurrection.

The close proximity of the actors, who are sometimes moving amongst the spectators means that the audience is immersed in the dramatic events. 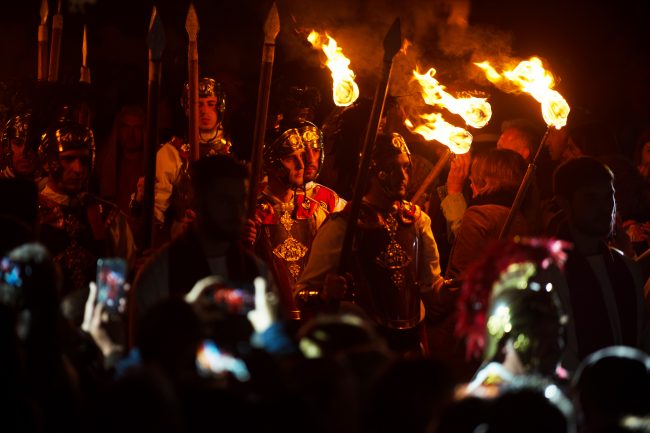 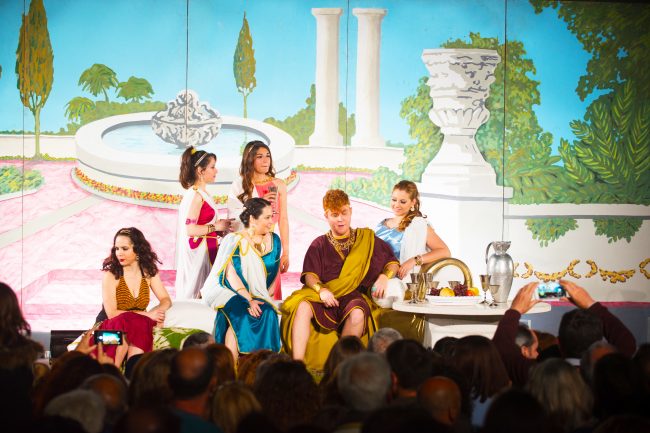 Another characteristic of the Passion is that it is conducted entirely in Valencian using local phrases and expressions which serves to reinforce its identity as a local production very much belonging to the village in which it takes place.

Although the Passion is a collective undertaking, each period in time produces individuals who lead the project. Apart from the aforementioned Manolo Segura, we must also acknowledge the work of other presidents of the association which organizes the Passion, such as Miguel Prim, Abel Segura and Pepita Bort.

On Maundy Thursday, the whole village works to convert Torreblanca into Jerusalem for a few hours and to reenact, from its own viewpoint, the Passion Of Jesus Christ. 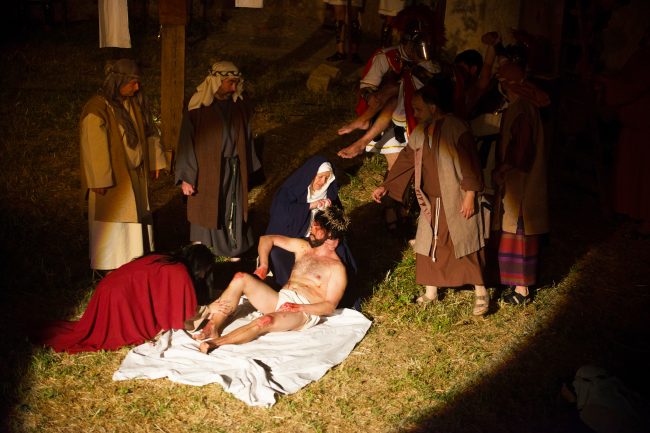 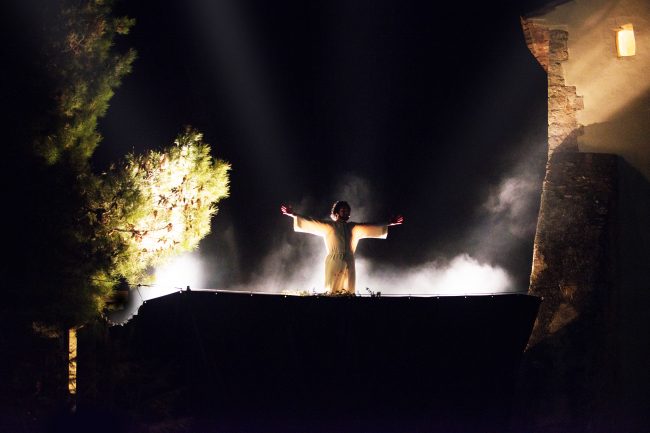 In the province of Castellon, there are other villages which also do enactments of the Passion either on the same date or on different dates, and these villages form a close brotherhood with Torreblanca. These include Alcala de Chivert, Alfondeguilla, Borriol and Ulldecona.

Last year, the Passion was affected by the pandemic but, although the public could not attend, Torreblanca did not cancel the Passion but instead they staged an adapted version. This involved a combination of projecting images of certain scenes onto the facade of the church and live performances. The action ended with the Main Square illuminated by torches and a firework display announcing the death of Jesus Christ. There were no spectators in the streets but everyone could follow the action on social media from the comfort of their own homes. 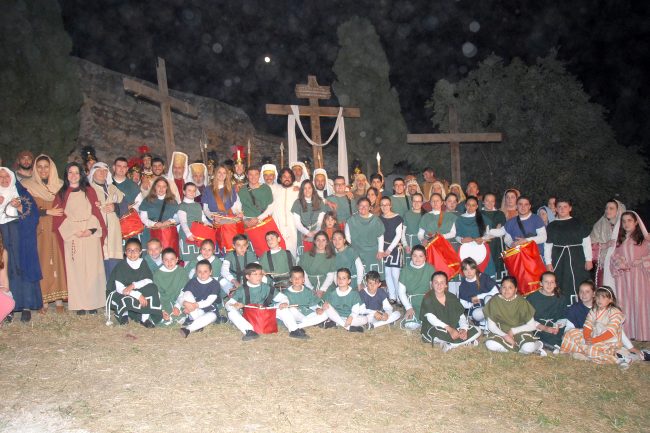 This year , in the absence of disagreeable surprises, it is hoped that normality will resume.